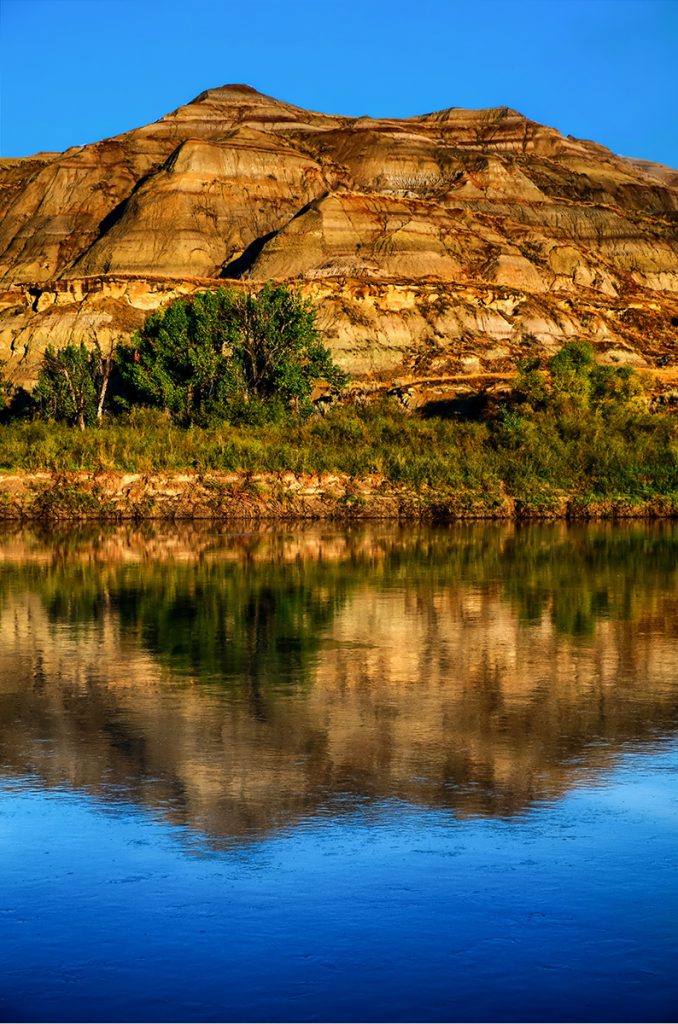 I had been up for about 30 minutes so I had enough time to get the spot on the Trail of the Fossil Hunters, which we had scouted the night before, in order to photograph the sunrise. As the sun cleared the horizon and I started to make my way back down the trail to the public loop road, when I saw a beautiful vista that was just starting to light up with the morning sun. The fog had not yet dissipated and I thought I still had time grab some photos on another trail, while Tracey and Mak were still back at the campsite. 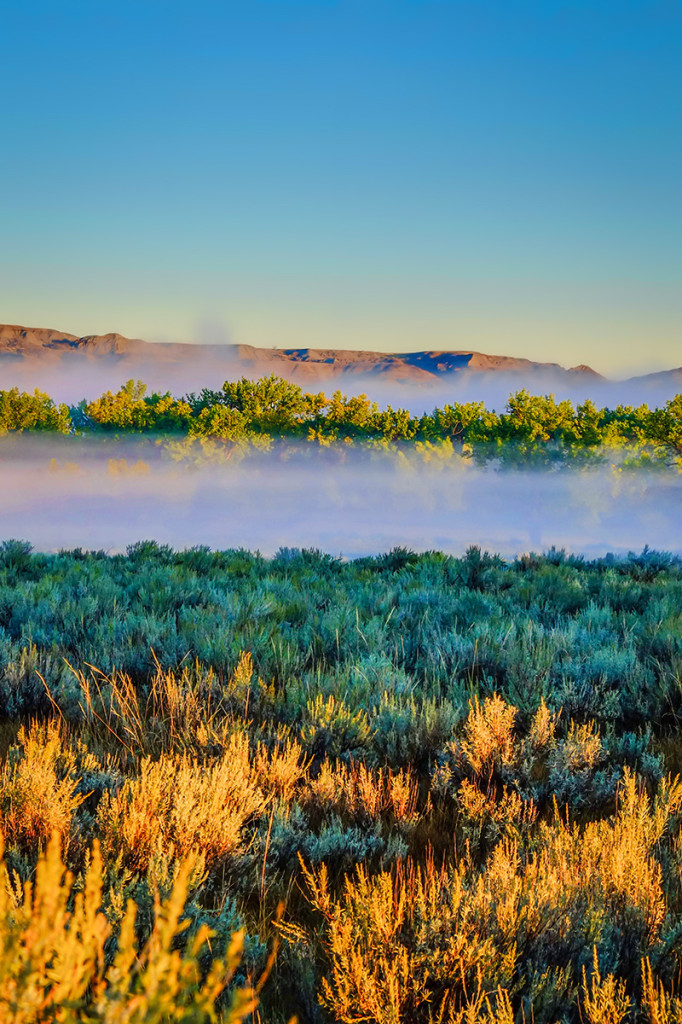 The Cottonwoods Flat Trail looked to be the easiest of the self-guided trails. It was flat and well-marked, and the sign told me the length of the trail was 1.4km and promised a lush riverside habitat and towering cottonwood trees. Coming to a fork in the trail I decided the take the trail on the left, and was greeted by several ancient cottonwoods estimated to be over 200 years old.

It was very peaceful at that time of day and I was the only person on the trail but I was not alone. I had some company that was keeping a wary eye on me.

As I had hoped the rising sun provided the right kind of light to really show off the beauty of the Red Deer River.

I spent an hour wandering around the trail before I decided that it was time to get back to the campsite to see if Tracey and Mak were up and about.