You are here: Home / Art & Photography / Calgary at Night with the X-E2 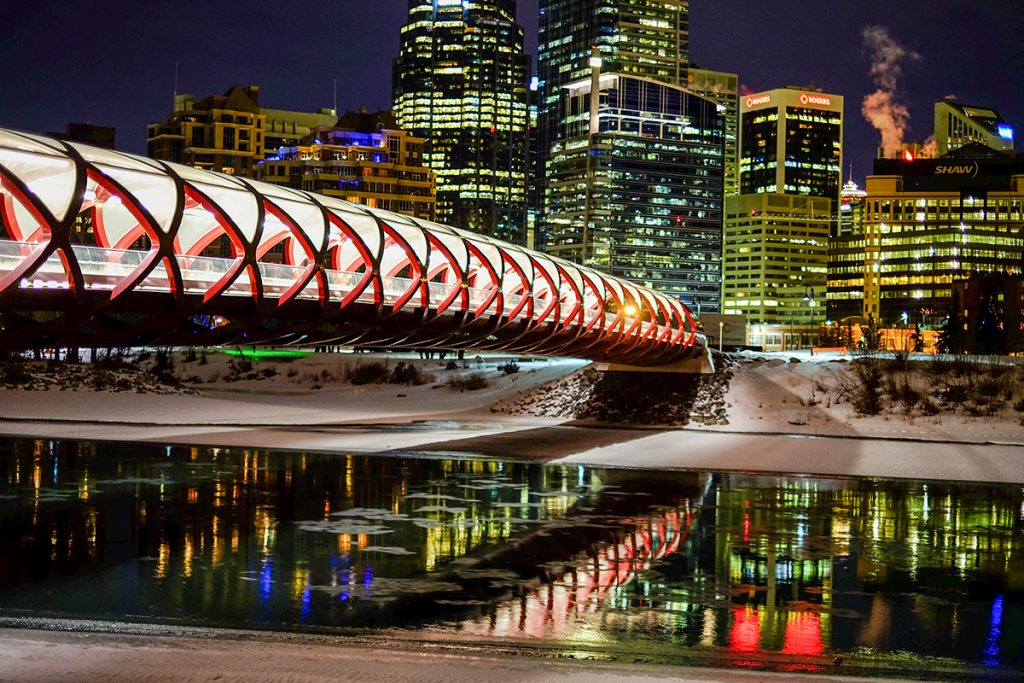 It has been a few weeks since I bought the Fujifilm X-E2 and I had yet to take it out at night.  It has been brutally cold lately but last night was a comparatively mild -7c so I decided to take a few photos when I went downtown to pick up Tracey.

First up was Stephen Ave and the new art installation called Solar Flare.

SOLAR FLARE is a solar powered light sculpture that hangs over Stephen Avenue. Commissioned by Downtown Calgary and conceived/built by artist duo Caitlind Brown & Wayne Garrett and was created specifically for Stephen Avenue to artificially extended the ‘Golden Hour’ of light.

Anyone who has spent a winter in Calgary knows that it starts getting dark around 4:30 in the afternoon, and this sculpture is meant to shine some light on the coldest and darkest days of the year.

Next up the controversial Peace Bridge.

This 25 million dollar bridge has become one of the most photographer bridges in Calgary.

Even though I didn’t have as much time as I would have liked I was impressed by Fujifilm’s X-E2 and it’s ability to handle cityscape night shots.