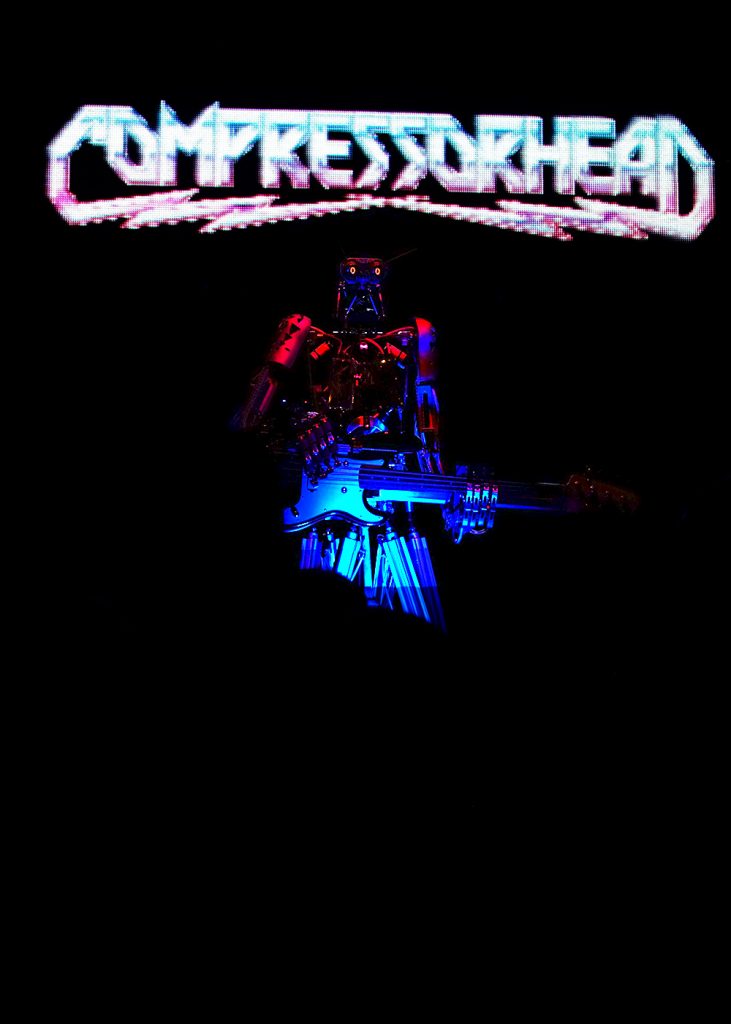 On Saturday night we decided to take in Beakernight.  One of the many events during Beakerhead.  I know what you are saying to yourselves “Beaker what?”. Beakerhead, according to their website is:

“an annual, citywide, interactive movement that explodes with creativity. It brings together the arts and engineering sectors from across Calgary, Alberta, Canada and the world to build, compete and exhibit interactive works of art, spectacle and entertainment during an annual week-long international happening each fall.“

Kind of like a geek festival and Beakernight is the main event, featuring multiple locations around downtown, the East Village, Olympic Plaza and Victoria Park. Musical performances, science demonstrations, dance parties, displays of art and engineering, all sounded fun and entertaining. Best of all it’s free, family friendly and open to everyone.

We started at the East Village,  and first up was ArcAttack – musical scientists from Austin, Texas that use Tesla coils to create bolts of electricity that create sound.

Makai was fascinated by the shooting electricity and loved their rendition of the Imperial March from Star Wars.

After ArcAttack, we walked up past some art displays, street performers and some of Calgary’s great food trucks to get in position to see CompressorHead a heavy metal robot band all the way from Berlin, Germany.

CompressorHead consists of Fingers on guitar, 78 purpose built fingers to play the entire fret board and pluck.  Stickboy the drummer with 4 arms, 2 legs, 1 head and no brain, playing a Pearl 14 piece kit with a double kick. And Bones the highest precision bass player in known existence.

Although Mak was enjoying CompressorHead it was very loud so we decide to walk up to Olympic Plaza.

It was a lot quieter at Olympic Plaza.  There was supposed to be a Steampunk rendezvous but we didn’t see it, maybe we were too early. There were a fewer displays. Telus Spark had an interactive music display and we did run into a giant robot.